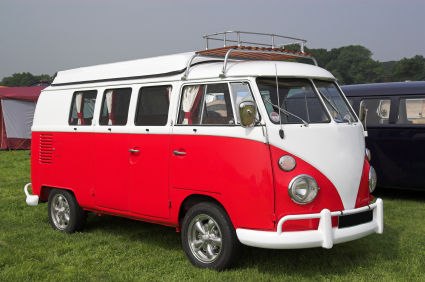 article I found and enjoyed.
By: Rachel Mork

Volkswagen bus history dates back to 1949 and was inspired by the VW Beetle and the motorized trolleys common at the time. At a Volkswagen factory in Wolfsburg, Germany, one of the Dutch importers, Ben Pon, sketched a design for a trolley-like bus on a napkin. One year later, Heinz Nordhoff began work on the Volkswagen Bus.

The early Volkswagen buses were called split-window buses, because they had split windscreens, or two front windshields. These buses came in many different models over the years.

After 1979, the Vanagon and the Eurovan continued the Volkswagen Bus line, but none of these were as funky or eclectic as the early VW buses.