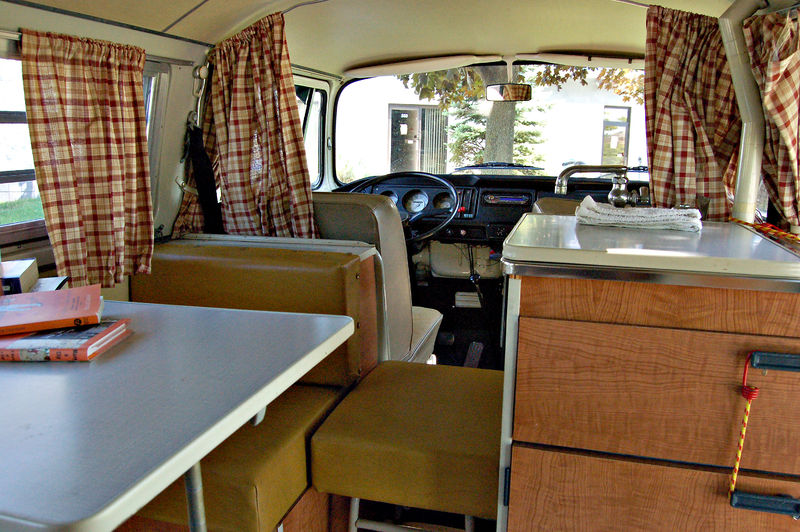 Between 1951 and August 1958, approximately 1,000 Camper Box conversions were made by Westfalia, the official Volkswagen Camper conversion coachbuilder. In August 1958, the SO models were introduced. The SO is short for German: Sonderausführung, meaning Special Model.

Volkswagen Campers were available from Volkswagen dealers worldwide and were also delivered via the Tourist Delivery Program — whereby a customer would pick up their new van in Germany, drive it in Europe – when VW would then transport it home. Many Volkswagen campers were purchased by USA Servicemen and brought back to the USA in the 1950s and 1960s

*Type2Resto is not responsible for curtains in this picture.

The birth of the VW Type II (Type I being the Beetle) arose after World War II when the British found themselves running the VW factory in Wolfsburg, Germany. Ben Pon, a Dutch VW importer, saw the motorised trolleys built using stripped down Beetle chassis and running gear taking parts around the vast factory in 1947. He sketched a design for a beetle-based van, which looked rather like a box on wheels, after he was inspired by these rudimentary but ingenious vehicles. Heinz Nordhoff took on this idea a year later when he took over as chief executive of Volkswagen and the first VW van was launched at the Geneva Motor Show in November 1949. END_OF_DOCUMENT_TOKEN_TO_BE_REPLACED